During today’s meeting, the Joint Science Conference of the Federal and State Governments (GWK) decided to include Regensburg Center for Interventional Immunology (RCI) as the "Leibniz Institute for Immunotherapy" in the joint federal-state funding of the Leibniz Association (WGL), Therefore the RCI's budget, (currently €9 Million per year), will be jointly financed by the Federal and State governments from January 1, 2022. This will enable the newly named "Leibniz Institute for Immunotherapy" to deepen and expand its ongoing research efforts to develop new immunotherapy interventions for the benefit of many critically ill people.

"This will enable us not only to conduct cutting-edge international research, but also to translate our basic research into new immunotherapies for previously incurable diseases such as cancer, autoimmune diseases and chronic inflammations," said RCI Director Prof. Philipp Beckhove.

The long term federal-state funding reaffirms Regensburg’s longstanding status and reputation in the region and will have a positive impact on the Upper Palatinate’s economy, according to Bavarian Science Minister Bernd Sibler.

"This great success demonstrates the enormous scientific and economic potential of Bavaria as a high-tech location for immune-medicine," said Minister Sibler, whose ministry has been providing significant support and funding for the RCI since its founding in 2010. “It shows once again that the Bavarian state government's long-term strategy of locating joint federal-state-funded cutting-edge research in all parts of Bavaria is successful. The strategic positioning and long-term financial support of promising locations is a hallmark of success for Bavarian science policy, which is now bearing excellent fruit once again in Regensburg. I am very pleased about this."

“The Free State of Bavaria has made a significant contribution to the creation of a state-of-the-art, first-class infrastructure by providing substantial financial support, most recently boosted by additional funding as part of the High-Tech Agenda. The RCI’s rise to the top of the German elite research institutions shows that our financial commitment has paid off in the best possible way.” said Finance and Home Affairs Minister Albert Füracker.

Originating from the University of Regensburg, the RCI has been independent since 2019. Prof. Udo Hebel, President of the University of Regensburg, emphasizes the significance of the current decision: "The RCI conducts research and drug development within the scope of the university's three main medical research areas of immunology, oncology and transplantation medicine. For the university, the inclusion of the RCI in the joint research funding of the federal and state governments is a milestone on the way to becoming a center of excellence for immunology in Germany and worldwide."

Moreover, the RCI is already implementing the transfer of scientific findings to society, which is strongly supported by the state government, in an almost ideal way: the institute has already enabled two companies to be founded.

Regensburg Mayor Gertrud Maltz-Schwarzfischer also particularly emphasized this effect with regard to the fact that the Institute for Research on Eastern and Southeastern Europe (IOS) already belongs to the select circle of the Leibniz Association. "Today's decision by the GWK not only strengthens us as a science location, but also makes Regensburg even more attractive for excellently educated people from all over the world."

The trend of engaging leading experts from the most renowned research institutions worldwide for the RCI is to be continued. Biologists, biochemists and physicians are developing methods on the campus of the University Hospital Regensburg that can be used to genetically modify human immune cells. This could take cancer treatment into new realms: For example, if a cancer patient with an advanced tumor no longer responds to conventional therapies, genetically "tuned" immune cells of the body will be induced to release "an intelligent cocktail of active substances," explained Prof. Beckhove. Initial evidence of the approach's impressive efficacy already exists, he said. "The immune system of the diseased person is induced to destroy the tumor itself."

To accomplish its mission, RCI relies on the particular proximity to patient care to enable rapid translation of new science into innovative therapies and, conversely, to allow findings from patients’ treatment to flow back into research work. "The RCI is an important partner for the continuous development of cutting-edge medicine at the University Hospital. The new immunotherapies developed here are used in clinical trials at the University Hospital Regensburg, which gives patients in the region the opportunity to get early access to these very modern drugs," says the Medical Director of the UKR, Professor Oliver Kölbl. 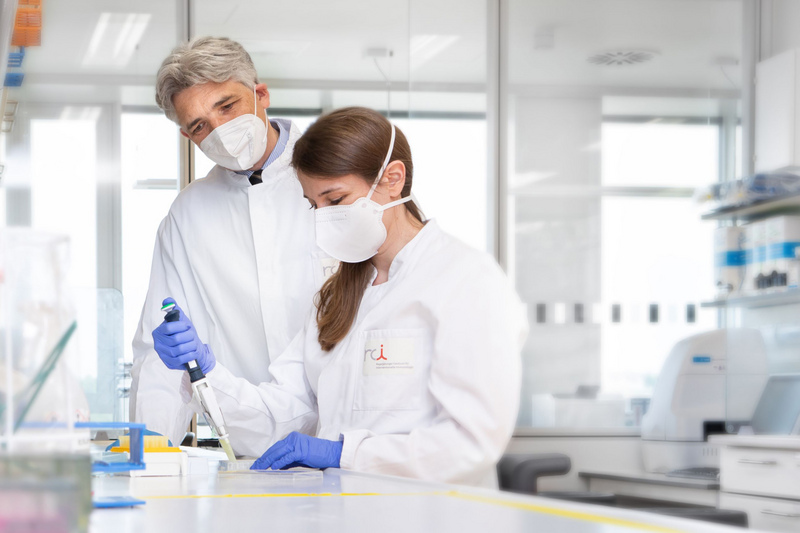